Mabroor is an Arabic word that comes from the word “Birr”, which means good behaviour/character and fulfilling duties towards others. In Islam, Hajj Mabroor means an accepted Hajj. A Hajj in which a person refrains from sins, worldly desires and perform all the rites and ritual just for the pleasure of almighty Allah and by doing that, he will attain full reward from Allah, which is nothing less than Paradise, and this is an agreed-upon Hadith (Sahih al-Bukhari 1773). It signifies that the reward for an accepted Hajj will include not just worldly advantages such as forgiveness of sins and redemption from Hell, but also Jannah (Paradise). 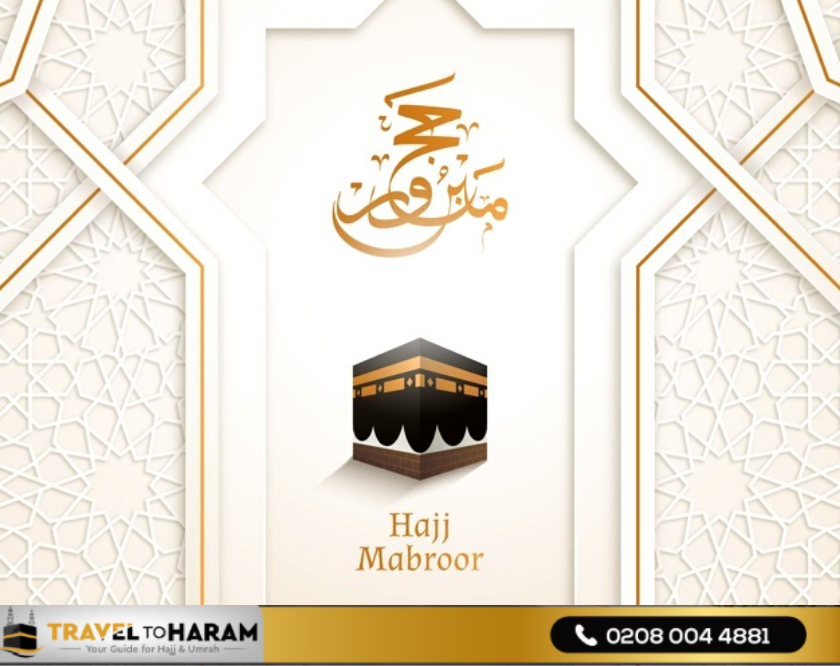 How to know Hajj is Mabroor (accepted) or not?

Hajj purifies the soul and washes away previous sins. It is not a license to continue committing sins in the future. The return of a person who is better than before is a sign of Hajj Mabroor. Here are some signs that will help you to know whether your Hajj is Hajj Mabroor (accepted) or not.

One of the signs of Hajj Mabroor is if you quit all the bad habits and feel you are a better Muslim now than before you left for the Hajj.

If you are honest in your intentions even after Hajj and do not brag about your Hajj, this is a sign of Hajj Mabroor.

If you feel a change in your worldly desires and indulge in doing good deeds and not do anything that Allah Almighty dislikes, this is a sign of Hajj Mabroor.

If you are kind to others and do not hurt people with your acts or words, this is a sign of Hajj Mabroor.

The following are some signs of an Accepted (Mabroor) Hajj. On returning from the Hajj, the pilgrim must continue to do good deeds, pray five times a day, and follow the sunnah of Hazarat Muhammad (Peace and blessings of Allah be upon Him) to attain Allah’s forgiveness and reward of Jannah (Paradise) as according to a Hadith narrated by Abu Hurairah (may Allah be pleased with him), the Prophet Muhammad (peace and blessings of Allah be upon him) said, “The Umrah to the next Umrah is an expiation of all sins one commits between them, and reward for an accepted Haj (Hajj Mabroor) is nothing except Paradise.”

According to this hadith, the reward for Hajj is the promise of Paradise and the remission of all your sins so that you are sin-free as if you were born that day. Acceptance of our prayers is another amazing reward for Hajj Mabroor. If we seek Allah for forgiveness, He, the Most Merciful, responds to our prayer.

Aside from the eternal rewards mentioned above, performing Hajj provides us with worldly benefits. In addition, Hajj improves our financial well-being. We can conduct legal business while performing Hajj. Those who want to buy and sell can do so after praying and performing the Hajj rituals.

Are you planning to perform Hajj in 2022?

It is the dream of every Muslim to visit the house of Allah Almighty, and being able to perform Hajj is the real blessing of Allah. It is necessary for Hajj and Umrah pilgrims to make their travel arrangements through a trusted travel agency which is approved by the Saudi government. Travel To Haram is one of the leading Hajj and Umrah travel agencies in UK and is approved by the Saudi Ministry of Hajj and Umrah. Our ATOL and IATA accreditations make us the most trusted and customers’ first choice for Umrah and Hajj Packages 2022.

Travel To Haram offers a variety of Cheap Hajj packages 2022 and Umrah Packages from UK. Travel To Haram excels at providing a hassle-free journey to the land of the prophets. Being in this industry for over a decade now, Travel To Haram has earned massive respect and the trust of our devoted customers. We provide affordable Hajj packages with luxury accommodations and prompt transportation in Makkah and Madina so that our customers enjoy this holy journey without spending a lot. Travel To Haram also provides customized Umrah and Hajj Packages 2022. Provide us with your budget and schedule, and we will craft you a package of your choice and budget.

© Copyright 2022 Travel to Haram registered in England and Wales.