The most important conditions and benefits of Hajj

The obligation of Hajj is one of the most important obligations, the best of acts of worship, and the most precious thing that a servant can draw close to his Lord, and it is an opportunity for a Muslim to purify himself from all the sins that he committed by performing Hajj with prayer and sincere supplication. The Almighty has legalized it in fulfillment of his religion and made it one of the five pillars of Islam, and it is an obligation for every Muslim who is able to do it.

God Almighty said: (Hajj is a well-known month), (Al-Baqarah: 197), meaning that Hajj has specific months, but the rituals of Hajj do not take all of them. Hijri, and the month of Dhu al-Hijjah is the twelfth month of the Hijri year. And the worship of Hajj continues for consecutive days, as the pilgrim performs a number of different rituals on each of these virtuous days. The Hajj season begins on the eighth day of the month of Dhu al-Hijjah, and ends with the end of the thirteenth day, and from here the number of days of Hajj is six. 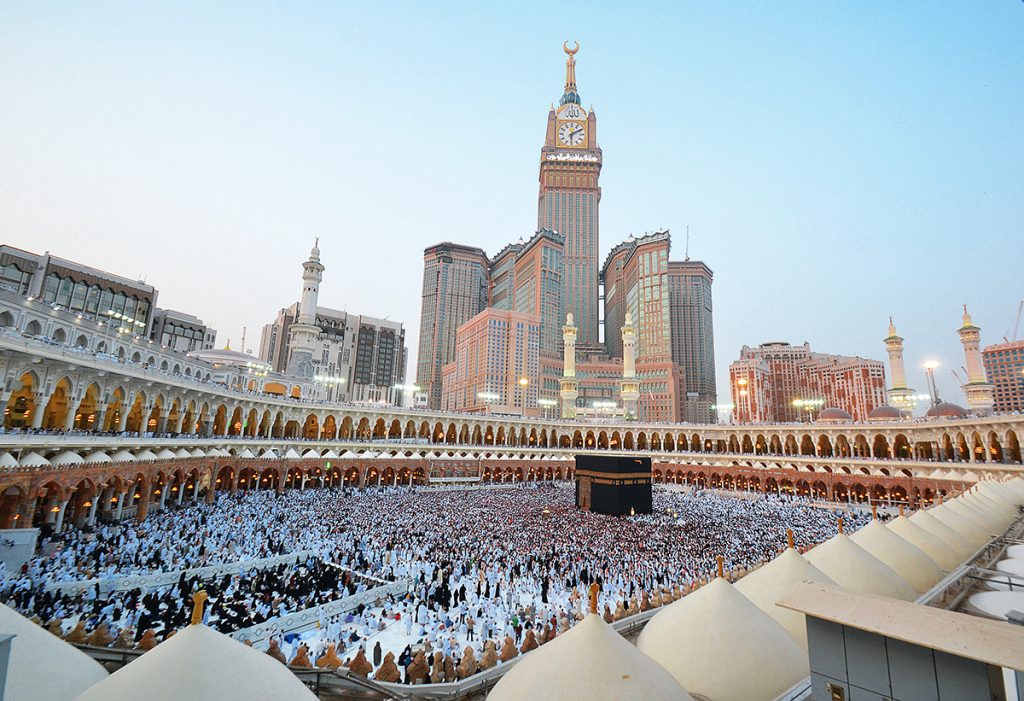 God Almighty has prescribed the obligation of Hajj to all A Muslim person, therefore, it is not obligatory for the infidel and polytheist person. A non-Muslim is not obligated to perform Hajj, and if he did it, it would not be valid for him because God Almighty said: {What prevented them from accepting their expenses except that they disbelieved in God and His Messenger.} (For repentance 54), Islam is a condition for the validity of every worship, and a condition for its obligation.

The Hajj is only obligatory for a rational Muslim, and it is not obligatory for the person who is insane or who suffers from mental retardation, because the Hajj obligation needs intent and intention, and this cannot be met in the crazy.

It is not obligatory for a person to perform Hajj until he reaches the age of puberty because it is not costly, and if he performs the Hajj before he reaches puberty, God accepts it because the Prophet, peace and blessings of God be upon him, said to the woman who raised a boy to him, and said: Is this a Hajj ?, he said: (Yes, And you have a reward), narrated by Muslim, but it is not counted from the Hajj of Islam that was imposed on every adult and sane Muslim, and he must perform Hajj again after reaching puberty.

Hajj is not obligatory for a person who is possessed and who is busy during the Hajj serving his master, and he is not able to act on his command, but he must perform the Hajj of Islam after his freedom because of the hadith of Ibn Abbas, may God be pleased with him, on the authority of the Prophet, may God’s prayers and peace be upon him, who said: ((Whoever boy Hajj then reached perjury, he must perform another Hajj, and whichever slave performs Hajj and then freed himself, he must perform another Hajj.

5- Ability with money and body:

Hajj is required only for one who is able to do his body and money without having debts or basic living expenses, such as food, clothing, or drink. If the person responsible is unable, neither by his body nor with his money, then Hajj is not obligatory for him. And whoever is able with money without the body is permissible for him to delegate whoever is able on his behalf.

6- The forbidden woman for a woman:

Hajj is obligatory for a woman when she is with her husband or a mahram for her, and she should not be in the iddah due to divorce or death, because a woman in the waiting period is not permissible to leave her home, and this condition Exclusive to women, not men. Sharia prohibits her from traveling without a forbidden person in the hadith of the Prophet, may God’s prayers and peace be upon him, where he said: (It is not permissible for a woman who believes in God and the Last Day to travel without her with a mahram). Agreed upon, and the forbidden is the wife’s husband, and every male is forbidden for life by close relationship or breastfeeding Or affinity.

1- Hajj is a fundamental pillar of Islam that is only performed with it, and this indicates the importance of performing this obligation for God Almighty in order to obtain His pleasure and forgiveness. The Messenger of God, may God bless him and grant him peace, said: (Islam is based on five: testifying that there is no god but God, and that Muhammad is the Messenger of God, establishing prayer, paying zakat, Hajj, and fasting Ramadan).

2- Hajj is a type of jihad for the sake of God, as the Holy Prophet said in his noble hadith: “The struggle of the old, the young, the weak, and the woman is the Hajj and Umrah.”

3- The Hajj is a veneration for the Lord of the worlds and the rituals of Islam, by performing the pilgrimage of all the rituals of Hajj, such as the Talbiyah, circumambulating the Sacred House of God, seeking As-Safa and Marwah, standing at Arafah, staying overnight in Muzdalifah, and stoning the ritual stones, all of which indicate the glorification and sanctification of God.

4- Hajj is an appropriate opportunity for Muslims from all over the world to meet on one level between Makkah and Arafah, to exchange affection, love, mercy and acquaintance with each other, away from all barriers and obstacles.

5- Hajj is a door to collecting benefits for people, such as exchanging commercial interests and other blessed actions, as God Almighty said in His noble verses (so that they witness benefits for them).

6- Victory by standing on the day of Arafah. On the Day of ‘Arafah, Allah, Exalted be He, bestows more mercy upon His servants, engulf them with His Pardon and Forgiveness, and humiliate and belittle the devils. The Prophet (pbuh) said: “On no other day does the Satan feel so belittled, humiliated, and angry as he does on the Day of `Arafah.” The reason for this is the mercy of Allah that descends (this day) and the forgiveness that He grants to people for major sins”

7 – Hajj includes the removal of poverty and the forgiveness of sins. On the authority of Ibn Masoud, may God be pleased with him: The Messenger of God, may God bless him and grant him peace, said: (Continue between Hajj and Umrah, for they negate poverty and sins, just as hardening denies the malice of iron, gold and silver, and the justified Hajj has no reward but heaven ).

8- Forgiveness of sins for the one who made the pilgrimage to this house loyal to God in his pilgrimage, following God’s commands and avoiding his prohibitions. And in the Sahih from the hadith of Abu Hurairah, may God be pleased with him: The Messenger of God, may God’s prayers and peace be upon him, said: “Whoever performs Hajj and does not spit, and does not commit corruption, he returns as the day his mother gave birth to him.”

10- Hajj is an opportunity for Muslims to unite in one garb, and in the same place, time, business, and organization, where everyone only turns to God Almighty with praise, cheer and takbeer, hoping for God’s mercy and forgiveness.

Want to perform Hajj this year in total ease and comfort with your family or friends? Then you don’t have to worry and let Travel To Haram cater all the requirements to provide you hassle free experience and to make your divine journey the most luxurious and comfortable. We are a leading source of customized trip to the Holy Cities of Makkah and Madinah to perform Umrah Hajj with all inclusive and excellent hajj packages 2022 in which we are expert to provide you the best hajj deals in UK. We design special Hajj packages and umrah packages all inclusive for all Muslims community of United Kingdom, adding special Hajj services and facilities to make your travel convenient for you as it can be.