What are signs of hajj?

Signs of Hajj are the outward signs of Hajj due to which the worship of Hajj is separated from other acts of worship. 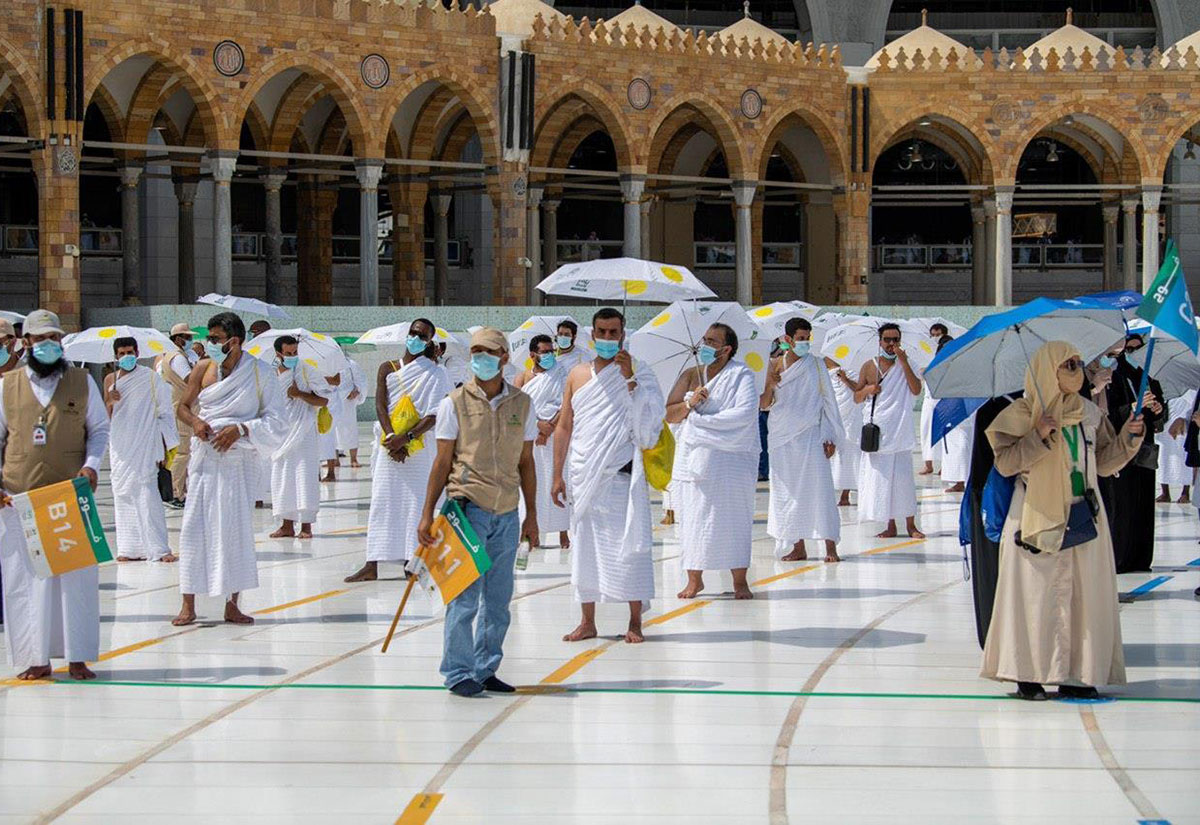 Arafat is called Arafat because Adam and Eve were reunited on earth and it is also said that it was so named because people confess their sins on this mountain.

Arafat is a field about 9 miles east of Makkah where pilgrims stop on the ninth Dhul-Hajjah.

Dhul Hajjah’s first 10 days are the finest days throughout the Islamic year. ‘There are no days greater and more dear to Allah than these (first) ten days of Dhul Hajjah,’ declared the Prophet (saw). [Ahmad]

You may know Laylat al-Qadr is the apex of Ramadan’s final ten nights, and hence the finest night of the year. Likewise, the Day of ‘Arafah is the pinnacle of the first 10 days of Dhul Hajjah. It’s therefore the best day of the year.

The Prophet (peace and blessings of Allah be upon him) encamped in the valley of ‘Arafah and delivered a sermon and offered prayers, therefore, a mosque was built in the same valley during the Abbasi rule in place of the sermon and prayers of the Holy Prophet. The building was then extended in the Saudi regime until it became one hundred and ten thousand square meters and on the ninth day of Dhi Al-Hajjah, people gather in it.

This mosque is on the right side under the Mount of Mercy (Jabl e Rehmat) in Arafat and it has enormous stones in it. On the night of Arafat, the Prophet (peace and blessings of Allah be upon him) stood beside them and delivered the farewell sermon.

It is a small rocky mountain located 20 km east of Makkah and its surface is smooth and wide and its total area is 640 square meters and pilgrims gather on the ninth Dhul-Hajjah. ۔

The Jamarat are three stone walls, previous pillars, that are pelted as part of the Hajj rite in imitation of the actions of the Prophet Ebrahim. They depict the three spots where Ebrahim pelted the Shaytan (Satan) with stones as he tried to convince him not to sacrifice his son Ismail. The three pillars are known as Jamrat-al-Ula, Jamrat-al-Wusta, and Jamrat-al-Qubra.

Muzdalifah is between Mani and Arafat. Here the pilgrims spend the night after staying in Arafat. Al-Mash’ar al-Haram is located in the middle of Muzdalifah. This is the place where it is mustahab for the pilgrims to stay. Prau to Allah, remember Him, and give thanks. And when the pilgrims descend from Arafat on the ninth Dhul-Hajjah after sunset, they stay here.

The House of Allah
The Kaaba is like a cube

– The stone of Ishmael

This is installed in the wall of the south corner on the left side of the door of the Ka’bah. It is the stone of heaven. After the black stone is broken, eight pieces like the size of a palm tree are left.

This is the southwest corner of Baitullah, and it is called Rakn Yamani because it is towards Yemen, and one characteristic of Rakn Yamani is that it is based on the foundations laid by Ibrahim and Ishmael.

It is between the Black Stone and the threshold of the door of the Ka’bah. This is the place where prayers are accepted and it is Sunnah to pray with the face, chest, arms, and palms together against the wall.

Are you wishing to perform this divine ritual with your family or friends?. Then let Travel To Haram be your travel partner for this all-important spiritual journey of Hajj. Travel To Haram is ATOL-protected and IATA-certified travel agency in UK, serving hundreds of pilgrims for over fifteen years. We are proud to offer the best Hajj Packages 2022 and all inclusive Umrah packages 2021 as well as customize Islamic tours to the land of the prophets. Travel To Haram is a name of trust and reliability. We provide our customers with quality services like quick visa processing, timely transportation, 3 to 5-star luxury hotels near Haram so that you can perform this spiritual ritual full of comfort and convenience.