Importance of Umrah in Ramadan

Almighty Allah says ” Fasting is for Me, and I will give recompense for it.” The month of Ramadan is mentioned in the Holy Quran.”There is a special gate in Paradise called Bab Al-Rayyan, and on the Day of Resurrection the fasting people will be asked to enter Paradise through this gate”.

Just as Friday is the chief day of all days, so the month of Ramadan is called the chief month of all months. This is the third important duty of the religion of Islam, such as prayer is obligatory five times a day, Zakat is obligatory once a year on the person who meets the necessary criteria of wealth, Hajj once in a lifetime is obligatory on the able Muslim (who meet the criteria of health and wealth), Similarly Fasting in one month in a year is obligatory for Muslims. 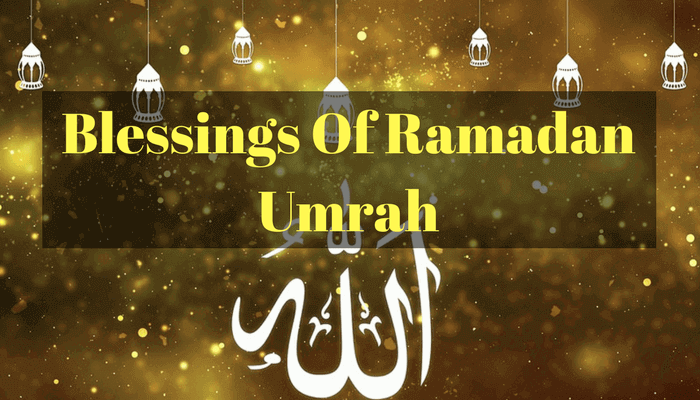 Importance of Holy month of Ramadan

It is obligatory for those who perform Umrah to make the pleasure of Allah Almighty their goal in their Umrah. Merely performing Umrah does not make Hajj obligatory. Before going on Umrah, stay away from worldly motives and prejudices. Perform prayers on time and in the congregation and treat people with good manners. Repent of your sins and disobedience, be ashamed of the sins you have committed, and promise not to sin again. Return the rights of the people. If someone’s heart has been shown, ask forgiveness from him. Stay away from all sins. Spend from halal and pure wealth for your Umrah. That Allah loves and accepts pure things. Avoid lying, avoid backbiting, and say nothing religious without knowledge and think about whose court you are going to attend, who has invited you to your house. It is obligatory for those who perform ‘Umrah to prepare for the visit to the House of Allah before going on’ Umrah. Prepare your mind and learn the rules and rituals of ‘Umrah.

Difference between Hajj and Umrah

Learn the rules and rituals of Umrah. Umrah is also called Hajj Asghar. Study the literature on Umrah. Those who go on Umrah should also know the difference between Hajj and Umrah. There is a difference between Hajj and Umrah: Hajj is obligatory, Umrah is Sunnah, the meeqat of Hajj is Haram, while the meeqat of Umrah is Hil. There is a specific time for Hajj. There is no specific time for Umrah. The days of Hajj are from 8th Dhul-Hijjah to 12th Dhul-Hijjah. It is makrooh to perform Umrah from 9th Dhul-Hijjah to 13th Dhul-Hijjah. The rites of Umrah are performed in the Haram Sharif, Khana Kabah. Hajj rituals are performed in Arafat and Muzdalifah, in addition to the Kaaba. Hajj has three fard and six wajib, while Umrah has two fard and two wajib. In Hajj, after entering ihram, reciting the nafal prayers of ihram, and making the intention of Hajj, the Talbiyah is started, and stopped before reaching jamara (stoning of the Devil). While in Umrah, the Talbiyah starts after entering ihraam, reciting the supererogatory prayers of ihraam and making the intention of ‘Umrah, and stopped before starting Tawaf Baitullah. There is Tawaf e Wida (farewell tawaf) in Hajj while not in Umrah. Hajj is completed in five days, while Umrah is completed in about five hours.

Finally, Hajj and Umrah pilgrims are requested to offer prayers for themselves, their country, and the Muslim Ummah at the Holy Haram and in the holy places. And when you return from Umrah or Hajj, you should see a clear change in yourself and those who see you, and this change is a sign of your acceptance of Hajj and Umrah. May Allah bless us all to perform Hajj and Umrah and bless us with the blessings of Ramadan. Amen.

Are you planning for Hajj and Umrah This Year? Travel To Haram offers Cheap Hajj Packages 2021 and 5 Star Umrah Packages All Inclusive

Travel To Haram is a brand name of Polani Travels Ltd, accredited by Hajj and Umrah in Saudi Arabia with a direct accreditation and land arrangements accredited by Kingdom, ATOL & IATA. Travel to Haram excels in facilitating cheap Hajj packages 2022 and Umrah packages all inclusive at an unbeatable rates that too with luxury accommodations, comfortable transportation, and assistance throughout the journey of Hajj and Umrah. You can now visit the World’s holiest Places in the beautiful cities “Makkah” & “Madinah” with utmost comfort and convenience. Muslims living in UK have a choice of the right departure and arrival dates from their nearest airports. Travel To Haram provide variety of hajj packages 2021 and umrah packages 2021, from our shifting hajj packages to 5 star non shifting hajj packages and cheap umrah packages 2021, all of our packages are crafted to meet the budget and schedule of our beloved customers. Call now and let our experts find you a perfect package at a price fewer than market